Life will be rich and full


Human has existed in the Earth for a rather long time. However, if we suppose that our globe has just passed its first day, that is, 2 seconds ago, a strange species of the apes posed a new creature: Human! But in the short period of 2 seconds, what has Human do?

Human has been gifted an intelligence, a couple of working hands. Although Human has just appeared, he has rapidly become “master” of the world. In the last thousandth second of our imagined 24 hours, with dramatic development, Human has confirm his standing position. It cannot be denied that Human has created his own striking empire. However, had ever he turned his back to face what he had given in exchange with his empire? Human lives dependently on the Great Mother Nature, nevertheless, lots of harmful matters has he caused to his Mother: damaging territory, polluting water, atmosphere. He even possesses an extremely awful machine, which with just a pressing button can reverse all the miraculous evolutional system of the Nature back to its original stage!

Luckily that we – present Human have realized this concealed danger. We have known the effects caused by ourselves to the natural environment, as well as the necessity of fighting against this threat. It’s time to act. In order to push the extinction back, human has to know how to protect the environment.

Waste materials are the major roots of global pollution. There are many types of trash. One of the most popular types is waste from daily activities. On the street, at the bus station, in the park, it is not hard to recognize the available of trash! Mainly cause of this problem is people’s unconsciousness, and this has posed damage to the environment. On the river, cannels, do float the nylon garbage! Nylon, in regular condition, is hard to self-decompose. It can survive in the land, water for hundreds of years, preventing the process of endosmosis and reducing the nutrient stored in land. Trash from activities is almost everywhere, around us, contributing to the development of pollution.

Along with trash from daily activities, agricultural waste needs to be concerned as well. Pesticides used on the farm pollute the water and land greatly and these chemicals are harmful to people’s health too. Waste from grazing cattle, medicine, tools from breeding animals also give a hand in the pollution process. Even materials left after in building stable are unsafe for the environment as well.

Another type of waste that needs attention is industrial waste. Most of the hazardous chemicals from production procedures are poured directly into the rivers, then to the oceans without any waste treatment. These chemicals are greatly harmful to water, territory, and creatures’ life. Oil spreading on the oceans kills lots of birds, fish, and seals. Radioactivity from nuclear power plants is responsible for the shape of the gene system of creatures, including human beings.

We cannot stand still, watching the nature is gradually damaged days after days. It’s high time for us to repair what we have posed to the environment. The world is step by step recognizing the concealed danger of this problem. It’s time to have a specific plan to deal with this situation.

Besides, we should begin constructing recycling factories, accompany with a scheme giving classified trashcan to every household. It is necessity to apply a material circulation, this would help reduce the cost for manufacture and be friendly to the environment as well. For instance, used paper should be placed in a separated trashcan (can No. 1). Then paper is taken to the factories, where new recycled paper is made and can be used in printing newspaper, making carton boxes,… Plastic, placed in can No. 2, would be melted, and renewed at the plastic recycling factories.

We should consider the hazardous chemicals as well, given off in the production process and also in medical treatment. Injection needle, medicine, for instance, needs to be preserved, treated in the right way. Water and smoke exhausted from factories needs to be cared for before taken to the environment. Factories should invest on equipments for purifying eliminate water as well as smoke, ensure the friendliness to the environment. Moreover, we should consider using non-toxic materials in manufacture. For example, paper should be used instead of nylon. In electronic devices, lead, mercury, cadmium should be replaced with other safe substances as well (meet the requirements of the RoHS).

Singapore, our neighbor, has accomplished a great achievement. Singapore has build the ecological offshore landfill on the ’Garbage’ island Pulau Semakau. This is viewed as the first “green” dump that is familiar with the environment, completely clean and no sight of an awful smell. Before being taken to this dump, trash had been processed though burning, hazardous waste has been covered carefully and completely. The whole dump is covered with plastic and clay to prevent harmful waste from exhausting to the ocean. The lid of the dump is covered with green grass. The dump is surrounded by the endless mangrove forest. Thus, the dump not only be friendly with the environment, but also solve the trash problem.

One more important point is improving people’s knowledge. I highly recommend that environmental lessons are taught right on the primary schools to improve the understanding of little children. In addition, public trashcan is extremely necessary on every street. In general look, we litter trash on our way just because there is no right place for trash to be thrown in! Hence, local authorities have to consider carefully a new plan of public trashcan system.

Coping with waste, saving the environment is not the duty of any particular individual. It is the common mission for the society, for the globe. Thus, everyone in the world should recognize clearly his role, his work on the battle against global pollution. :32: 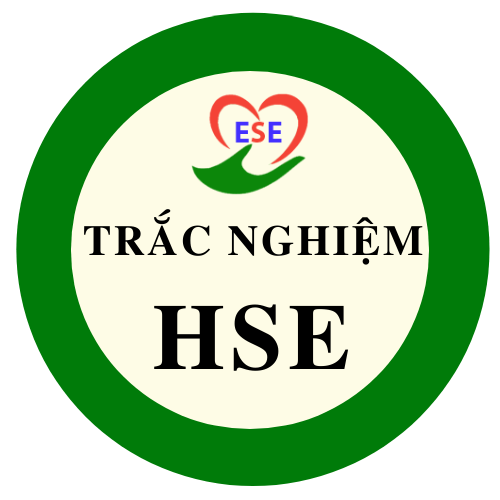